Click on the infographic for a printable poster highlighting the best practices for keeping your swine herd free of disease. To order 11" x 17" laminated posters for your premises, contact Manitoba Pork using our Contact Us page or 204-237-7447. 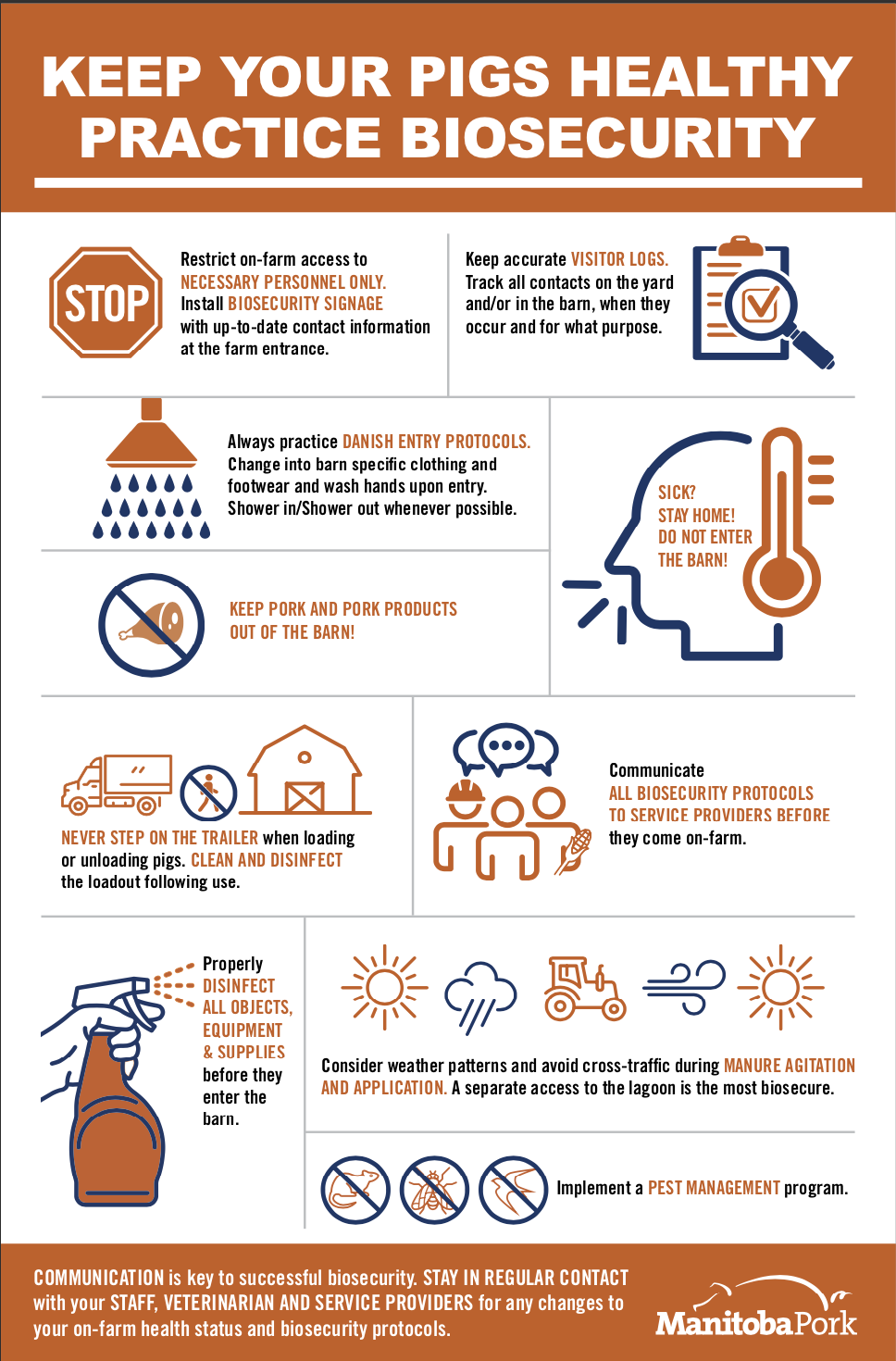 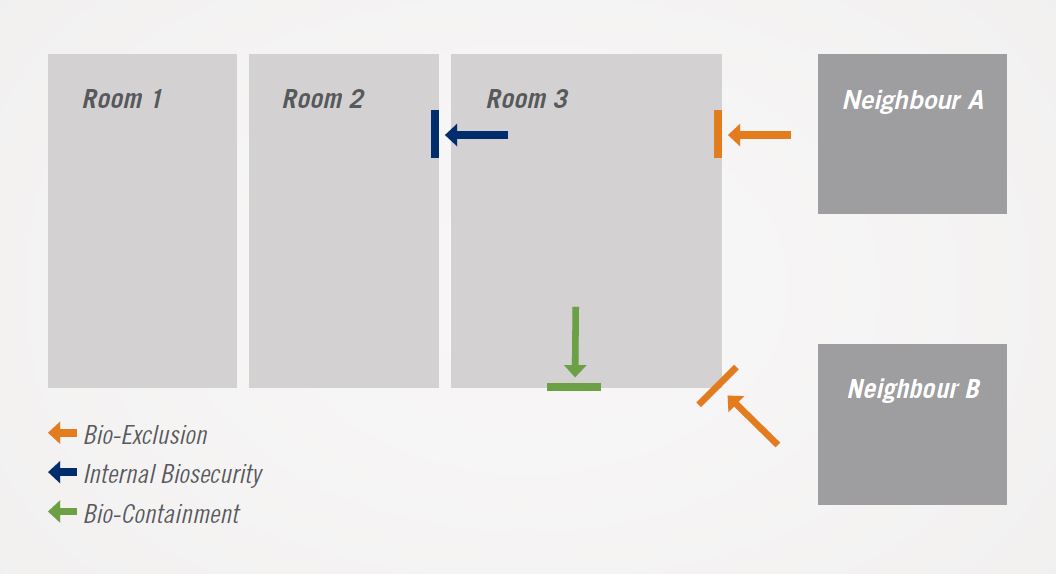 Generally, pork producers think about biosecurity at the farm-level. The Canadian Swine Health Board developed a National Swine Farm-Level Biosecurity Standard, which outlines good biosecurity practices that should be implemented on all swine premises. Its main focus is on bio-exclusion, but also considers internal biosecurity, i.e., movement between pens or rooms within a barn, and bio-containment.

Bio-containment is especially important when a farm is dealing with a disease outbreak that other farms in the region are not experiencing. As much as is possible, it is that farm’s ethical responsibility to try to prevent spreading the disease to other farms. Opening communication channels to key stakeholders can help all parties limit disease spread.

Manitoba Pork also works with provincial authorities, producers, veterinarians, and other sector stakeholders to implement strategies related to regional biosecurity (i.e. keeping diseases out of Manitoba or limiting the spread within Manitoba).