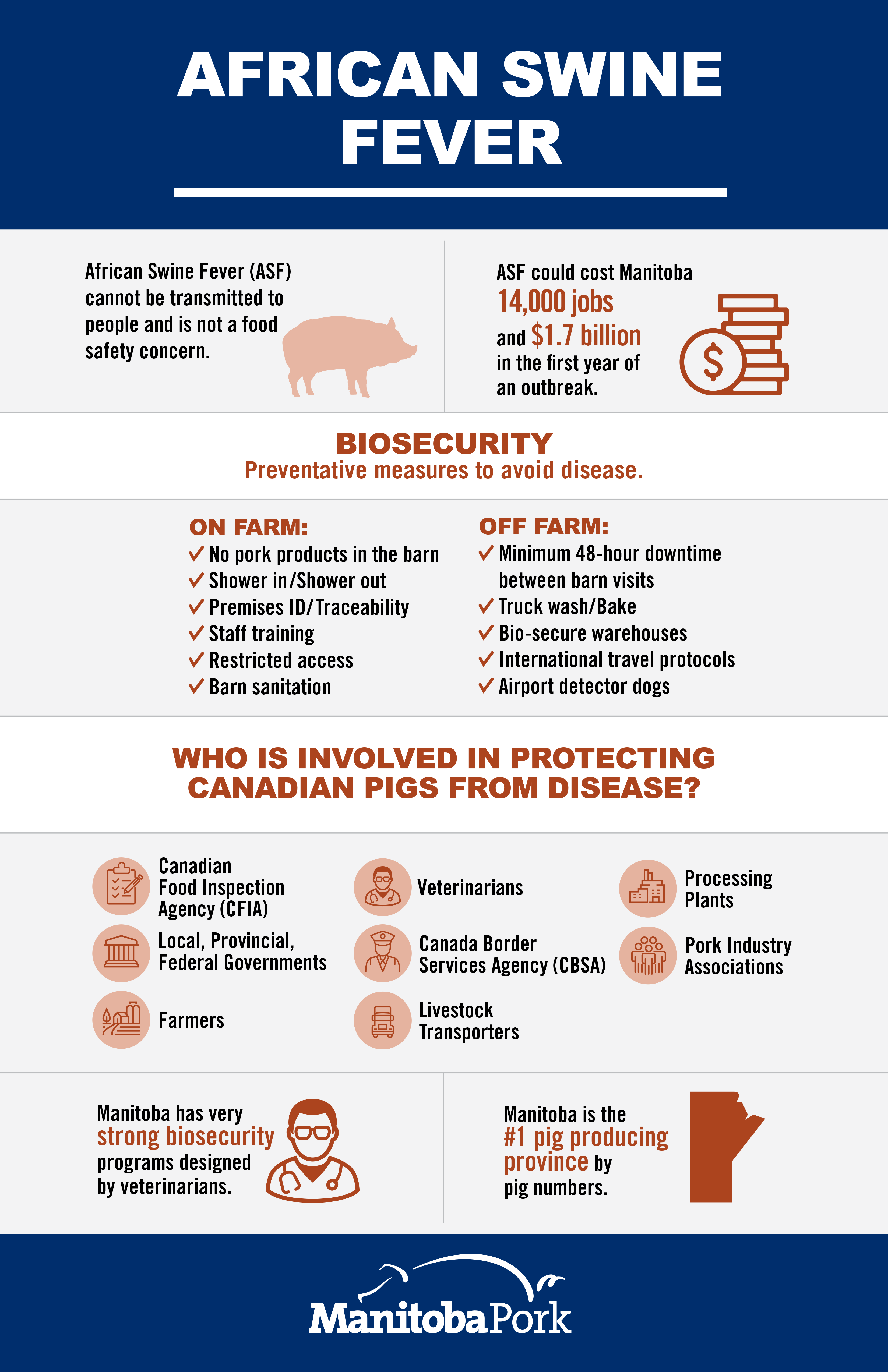 AfricanSwineFever.ca - a website with key information about the disease and resources for producers, consumers, retailers/food service, and media.

Click here to listen to the audio recording of the Sept 2019 Telephone Town Hall on African Swine Fever (1:40)

Manitoba Pork, in collaboration with the Canadian Animal Health Coalition and the Office of the Chief Veterinarian of Manitoba, developed a Producer Handbook to help Manitoba pork producers understand what to expect in the face of a federally reportable foreign animal disease occurrence in Canada. The handbook outlines:

Producers who notice symptoms in their pigs that are indicative of a reportable or foreign animal disease must immediately report it to their herd veterinarian. It is also important to report all significant health status changes to the herd veterinarian as soon as they happen; this can help to control a disease outbreak earlier, or might help to identify emerging animal diseases sooner for a quicker and more effective response.

The Center for Food Security and Public Health at Iowa State University has developed a number of resources on how to identify an FAD in swine, which include some federally-reportable diseases in Canada:

Other visual resources, such as brochures, pocket guides and posters to help identify FADs in swine, can be found on the U.S. Secure Pork Supply (SPS) website.

Communication in a disease outbreak can drastically limit the spread of the disease to other farms and can also help affected producers get the support they need. Manitoba Pork strongly encourages Manitoba pork producers to sign this Sharing of Information Waiver and provide it to their herd veterinarian. This allows the veterinarian to share the herd’s health status with other veterinarians and Manitoba Pork in order to facilitate a rapid, coordinated and open response.

Traceability is also critical in quickly establishing control zones in the event of a foreign animal disease incurrence. The sooner a control zone is established, the sooner movements can be controlled and cross-border trade can be reestablished. Click here to find out more about PigTRACE, the Canadian swine sector’s world-leading traceability system.